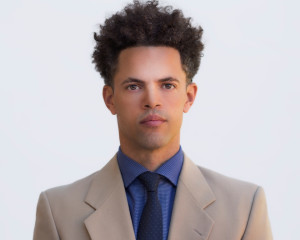 In 2005, Dru was selected as the first On-Air Host & VJ for the newly formed Music & Entertainment Television, a 24 hour channel dedicated to the music and entertainment scene. He hosted his own daily program entitled “SMASH” which became the #1 show in its time slot on the Time Warner network and aired over 700 episodes. Dru also, on occasion, co-hosted the “Air Waves” program with Bobby Bones and Anne Hudson.

Dru has made it a point to live life to the fullest, including achieving the prestigious rank of Eagle Scout. After graduation from Texas A&M University he successfully brought to fruition his Blu Ribbon business plan. This vision, which he created and developed during a Texas A&M Mays Business School competition earned him a position as a competition finalist.

Also in 2005, with the successful feedback from top executives across the country during the Mays Business School competition, he founded Blu Ribbon LLC in Austin, landing him in the CEO’s position. What started with a dream and a small trailer eventually grew into Lake Austin Auto Spa and the Blu Ribbon Mobile Auto Detailing companies, which Dru sold upon retiring from the car wash business in 2014.

In 2007, Dru founded In My Sight Enterprises, a consulting firm and entertainment production & management company. In My Sight began consulting and producing for Music & Entertainment Television and has grown into an entity of its own. In My Sight’s mission is devoted to helping our clients bring to life and manage what they envision and create artistically.

In 2009, CRM Studios selected him as a face and spokesperson of the communications company, Pocket Wireless. Pocket became very successful and after 2 years was bought out by Cricket Wireless. Building choice brands, and living his version of the American Dream has been and continues to be a dream come true!

For all bookings, studio sessions and project inquiries, contact: BOOKING@DRUFAY.COM.